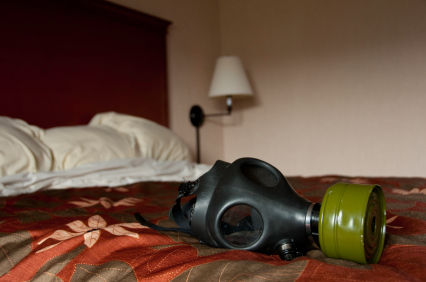 Besides being a very tricky tongue twister, ultraviolet germicidal irradiation is a very effective way in which air purifiers work their magic. This method works by utilizing the high power of ultraviolet light. Air is forced through the ultraviolet light lamps, which is then cleaned by the lamps and circulated out of the purifier. After the air travels through the UV lamp, it is then processed through a filtration system that removes the dead micro-organisms. Sharp is a great producer of UGI filtration systems.

Filter systems work in a very simple way. Air is forced in and is forced through the filter, thus trapping most of the pollutants in the air. There are two types of filters:

Despite being hard to say, PCO is actually a very good air cleaning technique. PCO uses short wave ultraviolet lightwaves to sterilize up to 99.9% of the bacteria that is naturally found in the air. PCO does not filter, rather it uses lightwaves to destroy bacteria that are found in the air. The UV bulbs that produce the light must be replaced at least once every year to maintain effectiveness. The downside to using a PCO unit is the cost.

Air purifiers are remarkable pieces of engineering. They are used to clean the air which we breathe every day. Without air purifiers, the air we breath would be a whole lot dirtier, and for those of us with allergies, we would suffer immensely.