Every 8 seconds one child dies from diseases that are related to untreated water. The primary cause for 80% of all sicknesses that are easily preventable in 3rd world developing nations is the lack of clean drinking water. One man, Dean Kamen has invented a unique device that can help solve this problem. 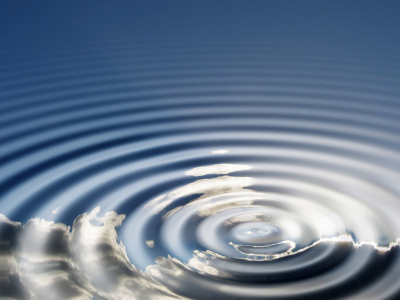 Dean Kamen is well-known as the entrepreneur and wild-eyed inventor of the highly promoted Segway scooter. Since 1993, he has been creating what he believes will be a radically new way to purify water. Dean Kamen’s water purifier is called the Slingshot. It operates for very little money, is extremely energy efficient and is portable.

In 2003, Time magazine declared the Slingshot water purification system as runner-up for the “coolest invention in 2003”.

Dean Kamen has said the he was encouraged to develop this energy efficient purification system after he made an electric generator and found that it leaked a large amount of energy. The Slingshot was created to make practical use of his generator’s wasted energy.

How You Can Use Dean Kamen’s Water Purifier

Kamen’s water purifier is as big as a college dorm room refrigerator and makes 10 gallons of fresh clean water in 1 hour. The Slingshot only requires 500 watts of electrical power. It employs heat to distill, boil and condense water and then recycles the energy.

The Slingshot uses the heat that is captured from a new kind of generator that was also invented by Kamen. Even though the purification distillers were not made new technology, Kamen adapted the technology to allow the Slingshot to produce one thousand liters of clean water every day.

The Slingshot is elegantly simple and maintenance free. It also does not require replacement filters like most other water filter systems. Still, whoever becomes its owner will need to learn how to carefully operate it and how to properly store it after it is used.

The inventor stresses that the key feature of the Slingshot is that it can be used to purify any type of water. This sets it apart from the typical faucet-mounted water purifier systems. The Slingshot can work with water that contains lead, copper and other heavy metals. It also will purify water that contains arsenic poison, latrine waste, crawling parasites, chemical waste and ocean water.

How Does The Slingshot Work?

The Slingshot operates through several steps of heating and distilling processes. Initially, it is connected a source of electricity. Next, its hose is placed into some filthy water. The filthy water is sucked into the water purifier and gets heated to 100 degrees Celsius or 212 degrees Fahrenheit (boiling temperature). The high heat removes several harmful elements right away.

The Slingshot’s inventor states that it is 95% reliable. However, an independent evaluation has not yet been conducted to measure the device against other well-known water purifiers.

The inventor expects to first use the Slingshot water purifier in countries that have few sources of potable drinking water. Since it is simple to transport, he also plans to travel to countries that have minimal technology in order to try out alternative energy sources to power his new Stirling generator. In turn, the generator will provide the electricity to run Kamen’s water purification process possibly anywhere in the world.

In 2003, Dean Kamen demonstrated the Slingshot to Rwanda’s president and conducted test runs in Bangladesh with the Stirling generator fueled by cow dung. The inventor used the Stirling generator with the Slingshot water purifier in two separate tiny villages located outside the capital city of Bangladesh, Dhaka. Both villages never had any electricity.

Dean Kamen’s generator and water purifier were able to provide the villagers with electricity and clean water for 6 months. The sole source of fuel was the methane vapors and carbon monoxide produced by a large pit full of cow dung.

When Will Slingshot Be Available?

While it is a fact that Dean Kamen’s Slingshot can provide inexpensive water purification, it is not being marketed to the general public. Currently, the inventor is forming partnerships and working on negotiations with several African and Asian country leaders to use the Slingshot water purifier and the Stirling generator in their poorest regions.

The generator and the water purifier will soon be tested on small number of units. Next year, the volume of testing is predicted to increase. In a few years, a large number of Slingshot water purifiers are expected to enter the market.

How Much Will The Water Purifier Cost?

On April 5, 2008, the inventor told Newsweek, “In the last year, we’ve been working pretty hard at reducing the manufacturing costs and increasing the required reliability. We believe that each machine will be under a couple thousand bucks.”

Dean Kamen is in his late 50’s and is a multi-millionaire. He made his fortune by creating medical tools including an auto-syringe and a do-it-yourself kidney dialysis machine. Kamen has formed a company that works on other innovative devices like Kamen’s Segway scooter.