Many people are concerned with what they put in their bodies, and the water that they drink is no different. With the population on earth increasing with each day, space has become limited and clean water in some places is a luxury. However, clean water is one thing that you don’t have to worry about when you install one of the many under sink water purifiers that are offered by appliance companies around the world. 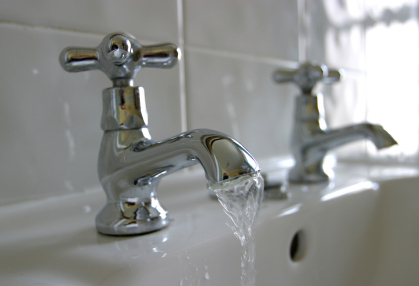 An under sink water purifier can actually be one of the smartest investments that one can make for themselves or their household. These particular water filters require a slightly higher investment initially although the extra money spent on a quality system is quickly returned to the homeowner.

Some sources estimate that the average family may spend over five hundred dollars per year on bottled water. By installing an under sink water purifier, you can save significantly while still receiving the same quality of water. Another great aspect of under sink purifiers is that they normally require no professional installation. With the help of some basic hand tools and a helper by your side, you can be well on your way to having safe drinking water while reducing costs, and your carbon water footprint.

Many people do not know that the average family spends well over five hundred dollars per year on bottled water. Depending on how many members there are in the family, that number may be significantly higher. Interestingly, most people also do not know that installing an under sink water purifier can reduce their water costs by up to one fifth of the cost of bottled water over a five year period.

You should also keep in mind the fact that you are not throwing away thousands of water bottles either. If the same family of three bought one case of water per week over a five year period, that would total over 6,000 plastic bottles that would have to be discarded. By purchasing an under sink water purifier, you are eliminating those bottles in landfills, thus reducing your carbon footprint significantly.

Water System Brands
There are numerous companies that make under sink water purifiers that are available for purchase by the average consumer. Some of these brands are Brita, Pure, Ecor, Doulton, and GE, to name a few. All have many different attributes and reasons that supposedly make them better than the other. However, there is usually one general rule that one should keep in mind when considering the purchase of an under sink water purifier; you normally get what you pay for. This means that it may not be wise to choose the cheapest water filter available although it also means that the most expensive may not be better than the middle of the road filter as well.

A good way to think about pricing your water filter is to price five different under sink filters and take the average. Then, choose the filter that is just above the average.

Double Filter Systems
When considering the purchase of a filter system, a very popular brand is the Doulton Dual Under Sink water purifier. This particular system has many attributes, one being just as its name states, a dual filter.

The dual filter utilizes a carbon-block system and the filter features a four stage process to eliminate or treat specific substances. One filter will last for up to six hundred gallons, which is an estimated nine months on average. One can also incorporate the use of different filters to remove other contaminants such as Arsenic, nitrates, Flouride, and other substances that you may not want to ingest.

The downside to this product is that it may be too complicated for the average homeowner to install by him or herself, and it is recommended to be installed by a licensed plumber. Also, when it comes time to replace the filters, you must buy two instead of one. This system is priced as a mid-level purifier and can be purchased at online retail stores for less than $300.00 USD.

Single Filter Systems
Another great choice when potentially looking into the purchase of an under sink water purifier is the Ecor Environmental Under Sink Disposable water filter. This system is said to be a very good system as well and features disposable water filters, which are less mess. This system utilizes a six stage filtration process that will remove most contaminants and particles that are undesirable.

The capacity of this system far exceeds most others as it will filter up to ten thousand gallons of water, and the filter only needs to be replaced, on average, every two years. The system also comes with an extended faucet nozzle as well as everything that one will need to install the product. However, this system also recommends that it be installed by a professional. Many appliance stores as well as online retail shops carry this filter system, and it can be purchased for as little as $300.00 USD.